Rise of… Brad – The dream continues

Like it or not, Brad McQuaid is an icon in the international MMOs panorama, and it is definitely a character that has made the history of the MMORPGs. EverQuest before, the Vanguard dream then, and now another hope of a rebirth of the genre with Pantheon: Rise of the Fallen. A game that promises to bring this kind of games to the feeling of the early days, to the same level of difficulty, features and attention to teamwork. And then, back from Boston’s PAX East, MMO.it had the pleasure to interview him, still ask for a discussion of some aspects of the game and on the MMOs past and present. Here’s what he told us.

MMO.it: In most MMOs climatic, weather or environmental conditions don’t affect the gameplay. Pantheon will have another approach. Could you talk about that?

Brad McQuaid: With Pantheon we want PvE (Player vs. Environment) to mean more than just fighting NPCs. We want you to engage the world and contest against the environment. Weather will affect how some spells work and some spells will only work in certain weather conditions. We will also have climates like extreme cold or heat. Then there’s our Atmosphere system where players might encounter magical atmospheres that drain your mana, or cause absolute darkness or silence. Players will need to find special items called artifacts in order to nullify these effects.

MMO.it: Pantheon will be a hardcore game. This means that there will be not aids like quest helper and things like that, and we will return to a style similar to Vanilla WoW?

Brad McQuaid: Pantheon is definitely a challenging game. That said, it is also a very social, cooperative, and community focused game where most of the content will require gamers to group up. To that end there will be many ‘helpers’, especially at lower levels, that will assist players in finding groups. One difference, however, is that these systems will be designed to bring people together to help them make lasting friendships as opposed to just teleporting people to the entrance of a dungeon only to have those same people disappear after they are done grouping. 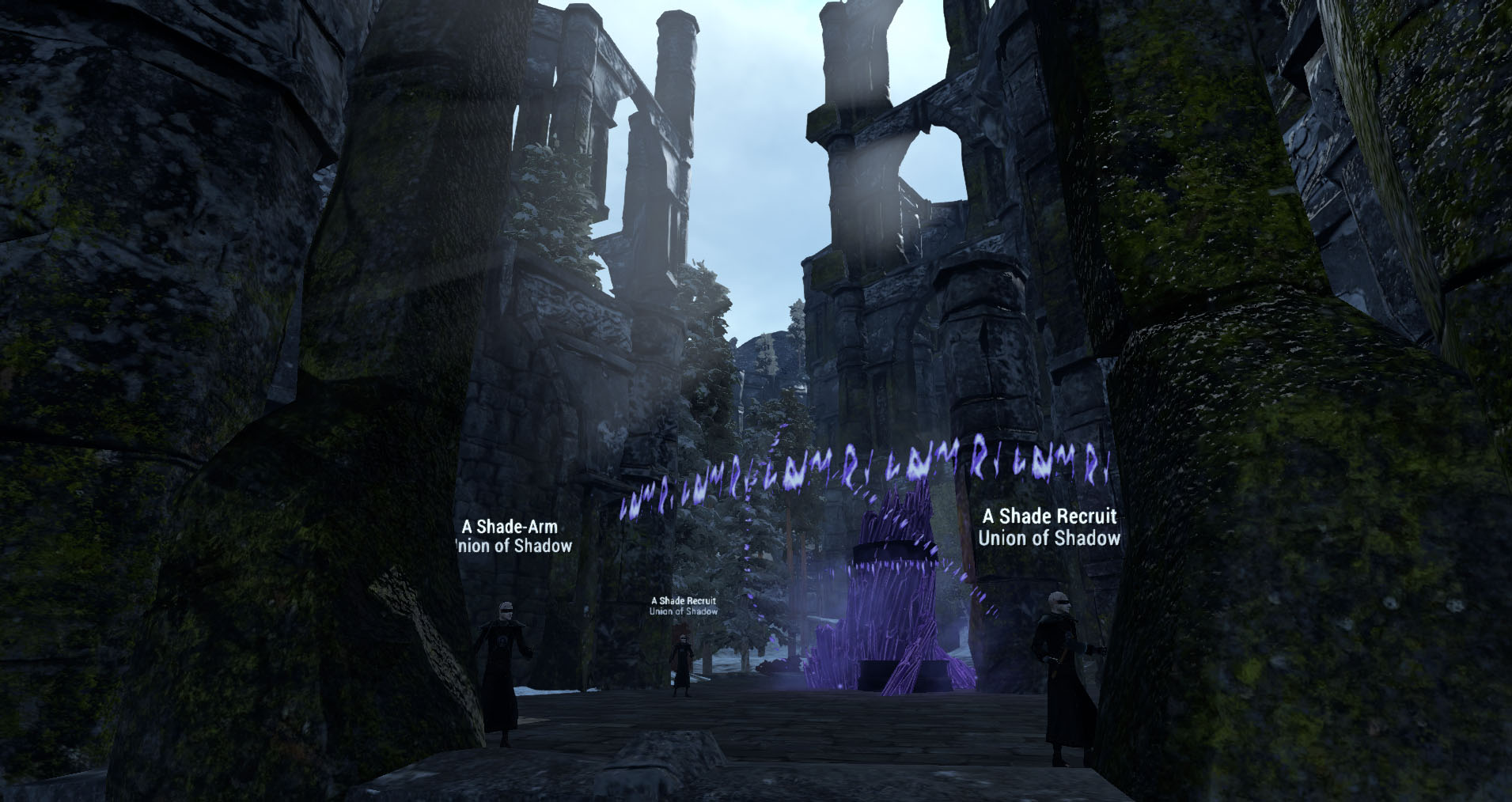 MMO.it: Guilds should be a fundamental element of the game. They have often been neglected in many recent MMOs, in terms of tools and contents. What will Pantheon offer to them?

Brad McQuaid: Groups and Guilds are fundamental to Pantheon and there will be all sorts of tools and interfaces that help people organize themselves into these social constructs. If you look at the earlier more social MMOs you’ll see the types of tools Pantheon will offer.

MMO.it: A game based on the group must be able to provide a certain level of social contents. In the days of Ultima Online these aspects were very much present, much more than in recent MMORPGs (solo-play rules…). What can be done with the others, apart from fighting and complete quests?

Brad McQuaid: While the majority of content in Pantheon will be based around grouping, there will also be solo and raid content. As for more than just fighting and quests, our Perception system will give players clues depending on their skill and class as they explore the world. A rogue might notice a trap in a dungeon or a wizard may detect a magical aura that ends up revealing a secret door. While there will be traditional quests in Pantheon they will typically be more epic and class defining in nature. Much of the lore and story behind the game, however, as well as opportunities to discover and uncover treasure will be based around the Perception system.

Brad McQuaid: The Crafting and Harvesting system is still being designed so it’s too early for me to go into details. That said, it will definitely be complex and challenging and fit in nicely with the more open world sandboxy game that is Pantheon. 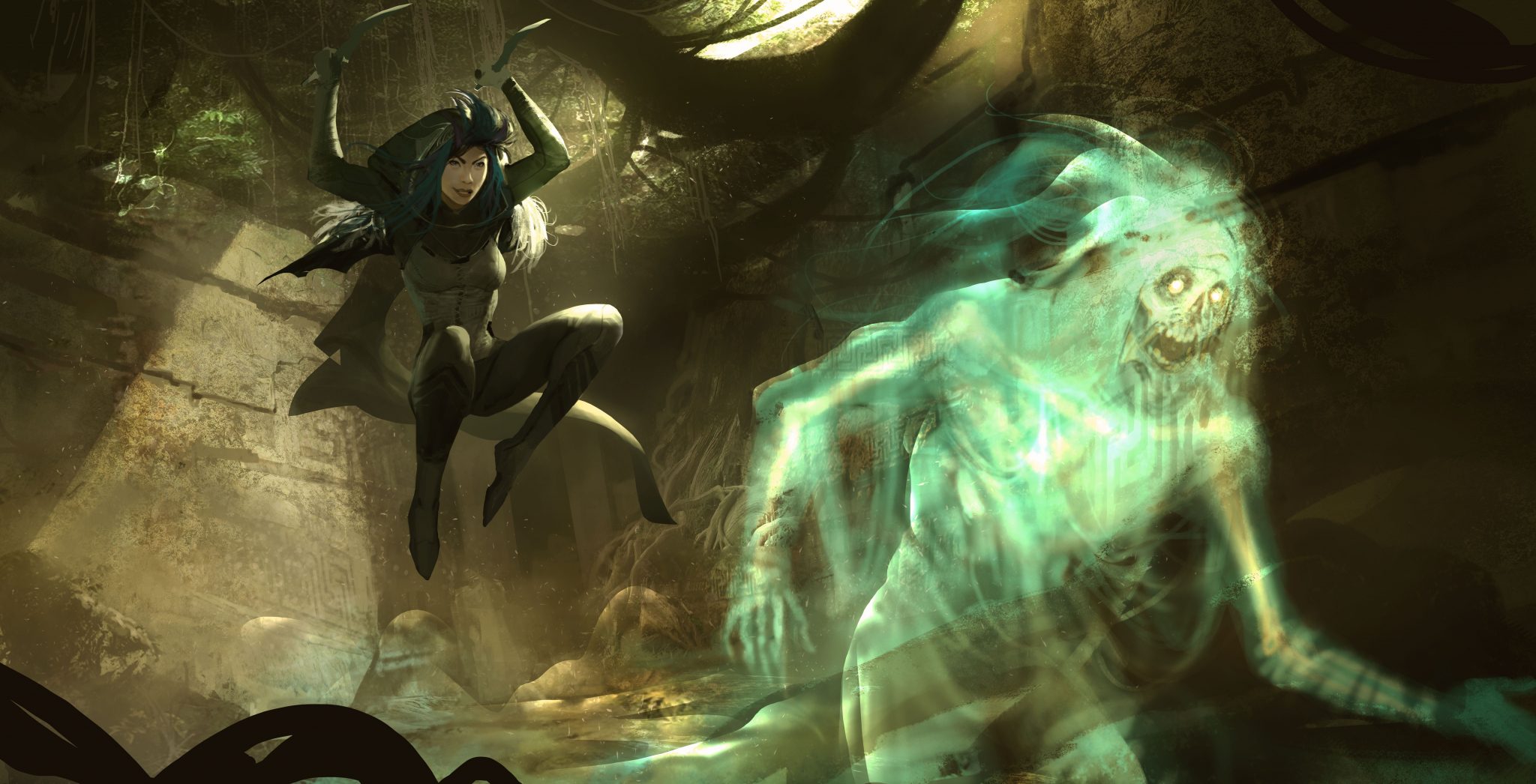 MMO.it: For Vanguard and EverQuest you worked with Keith Parkinson, great artist and fantasy illustrator unfortunately died prematurely in 2005. In his illustrations Parkinson knew to evoke a great sense of mystery, a mystical and charming fantasy. Do you give the same artistic impression to the fantasy setting of Pantheon, and who will handle the art direction?

Brad McQuaid: We’ve worked with some great artists like JP Targete and have some very talented artists on the team already, but we are still looking for an Art Director that meets our needs and standards and shares our vision. In fact, candidates for this position can get in touch with us directly at jobs@visionaryrealms.com. We’d love to hear from you!

MMO.it: Now a question that many people ask us. We know that today developing an entirely new MMORPG is an immense effort that requires several years of development. Why then do not recover an old MMORPG? Just imagine: Visionary Realms begins a crowdfunding campaign on Kickstarter to regain license of Vanguard from former Sony Online Entertainment (now Daybreak Games). Once the team has access to the original code, is working to revive Vanguard: graphics, animations and interface are improved, while artwork, music, housing, crafting and diplomacy system are ready. The various remastered editions that are coming out in recent years show that the public have a great desire to play again popular titles of the past. Why then not revive Vanguard?

Brad McQuaid: As proud as I am, and the teams that worked on them, are of both EverQuest and Vanguard, this is 2016 and we feel a creative desire to move the genre forward as opposed to resurrecting an older game. While Pantheon is bringing back many of the older more social mechanics and ideas from the first generation of MMOs it is not an emulator. There are many new approaches and mechanics in Pantheon and we are very passionate and dedicated to making a new game of our own. 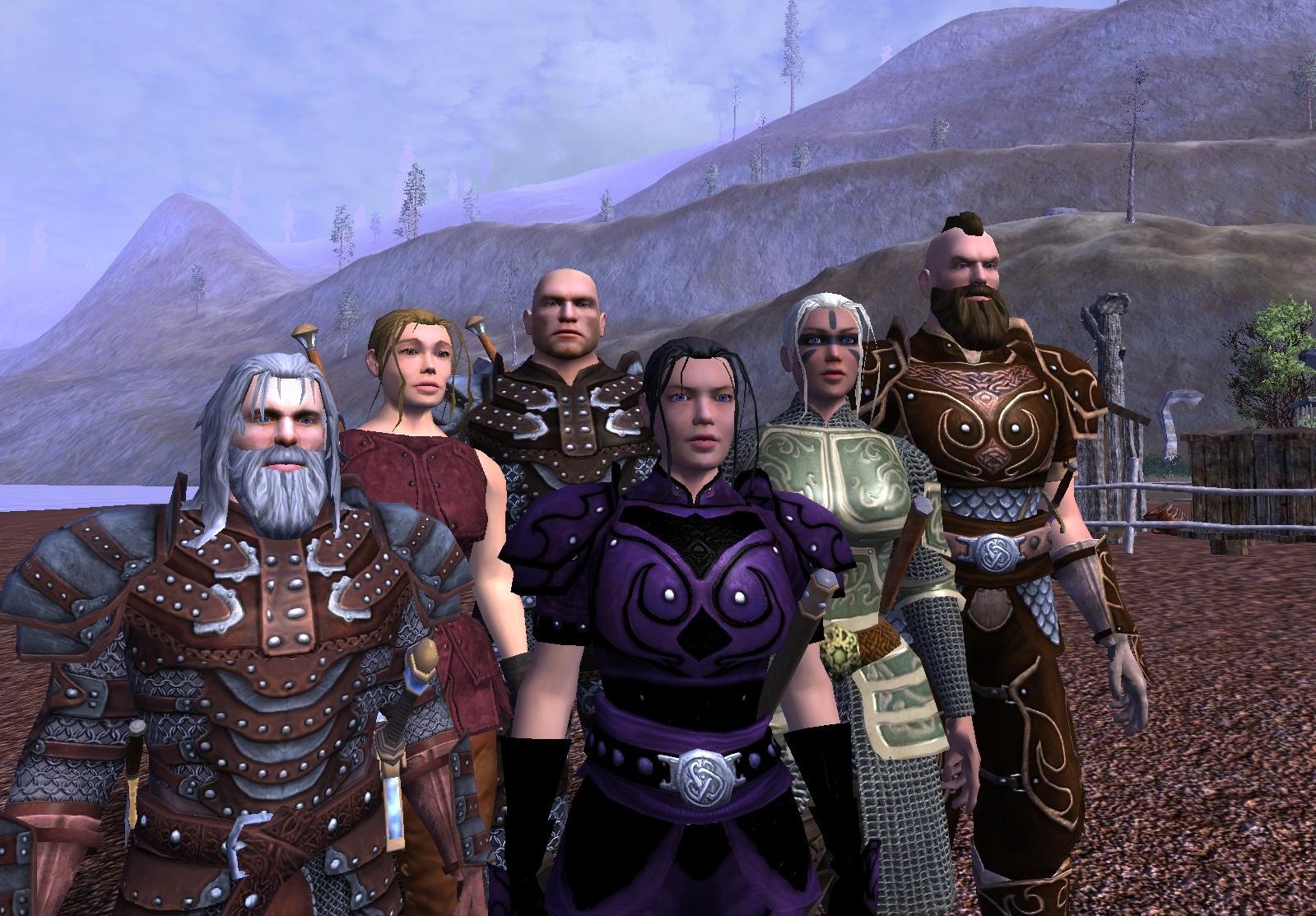 MMO.it: What do you think about the end of EverQuest Next development?

Brad McQuaid: We were very sad to hear the news. There were many interesting approaches and technology being employed in the development of EverQuest Next. A lot of people also worked very hard on that game and for a long time so we’re always disappointed when we hear about a game, especially an MMO, being canceled.

MMO.it: What is the state of development now and what are the next steps?

Brad McQuaid: In December we finished our first major milestone, finishing a base version of Pantheon with 5 classes and content for levels 1-10. The idea was to create a bare-boned MMO first as a foundation to build upon and to make sure it was fun. I am pleased to announce that it was definitely a lot of fun to play! Our next major milestone, which we’re in the middle of right now, is all about building many of the new features we want to see in Pantheon on top of that solid foundation. Take a look at the ‘Pantheon Difference’ on our website, www.pantheonmmo.com, to see a list of the features we are currently working on. I would also encourage you to check out the twitch stream we did March 12th that shows both the foundational gameplay and a couple of new features as well.

MMO.it: In recent years, the game server structure is varied by the classical method to World of Warcraft, up to cases less binding as Guild Wars 2, or unique ones like EVE Online. What do you propose in Pantheon?

Brad McQuaid: We’re taking a more classic approach, the traditional system of multiple worlds or ‘shards’. This makes it very easy, especially using the cloud, to deploy additional shards as necessary and as player population changes. It also allows us to have alternate ruleset servers including PvP-only shards, RP shards, veteran and hardcore shards, etc. This is something we’re very passionate about because as excited as Pantheon fans are about the game there are many tastes and styles out there and we want to be able to offer variations and slight rule changes to better target different groups within our audience.

MMO.it: We would like to thank Brad McQuaid for taking the time to talk with us. We wish him and his team the best for Pantheon. Good luck! 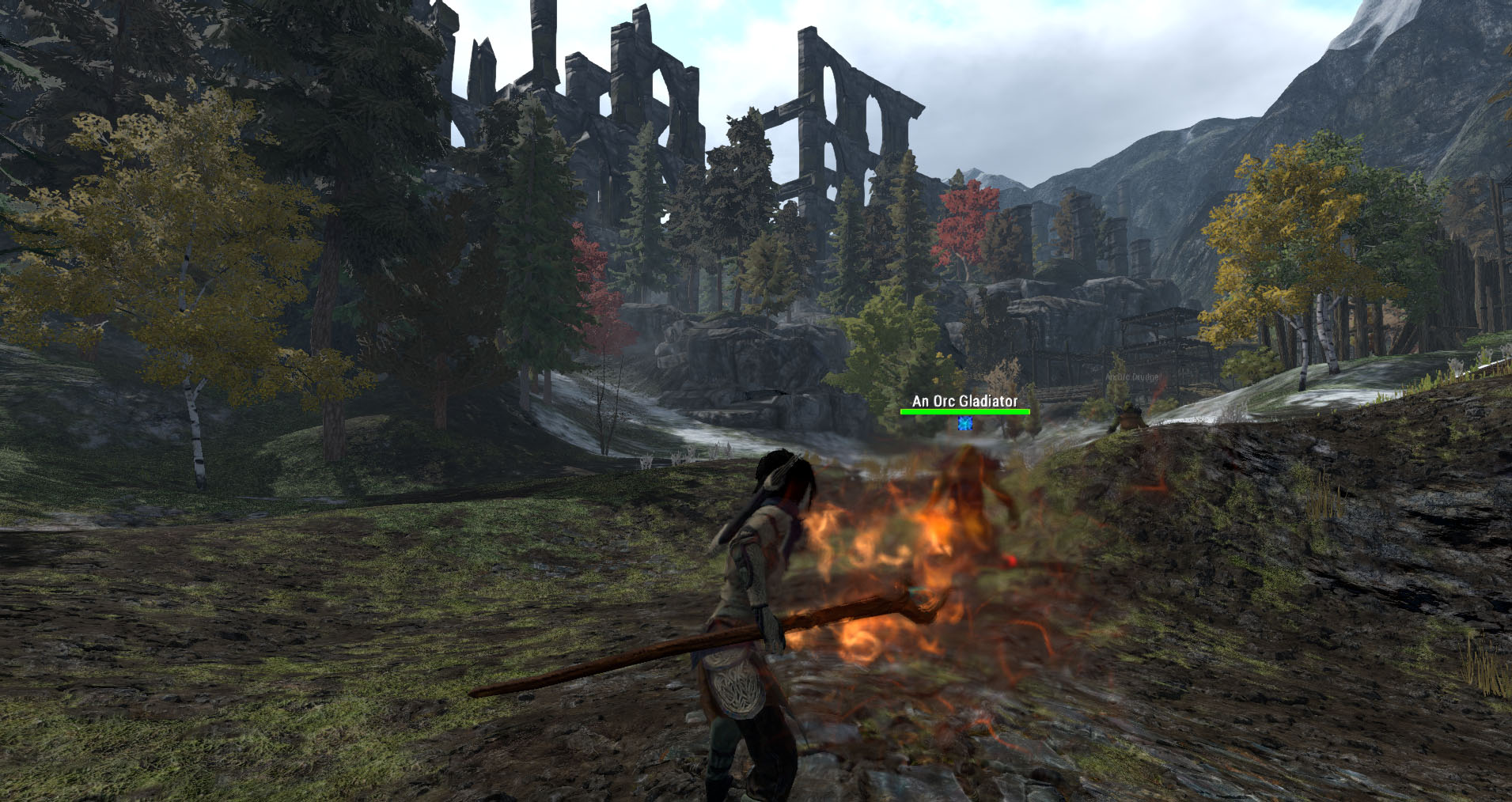